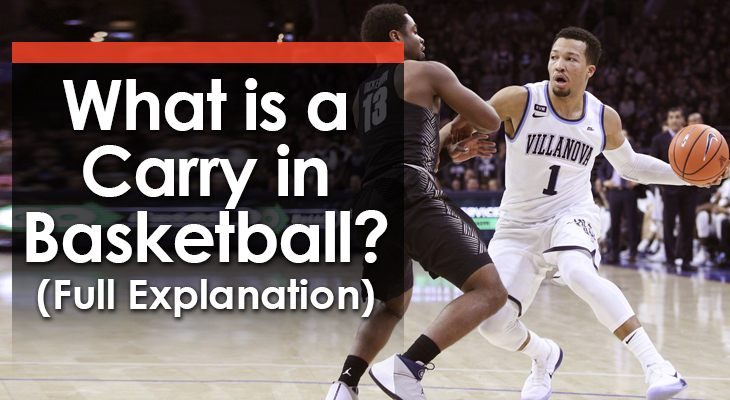 The carry in basketball can be difficult to detect in real time.

In a live game, they often happen so fast that players, fans, and officials completely miss it.

But what is a carry in basketball?

What’s the penalty when a player does commit the violation?

And how can a coach help their players avoid carrying during games?

All that (and more) will be answered below:

What is a Carry in Basketball?

The rule is called a ‘carry’ because of the action the player does when they commit the violation.

It looks like they’re “carrying” the basketball with their hand instead of dribbling it.

“A player who is dribbling may not put any part of his hand under the ball and (1) carry it from one point to another or (2) bring it to a pause and then continue to dribble again.”

As the rule states, players must dribble with their hand on top of the basketball.

Once their hand gets underneath and then they continue their dribble, that is a carry.

Players also can’t hold the ball and pause, then resume their dribble, as the rule states.

This is not to be confused with a double dribble, which is called when a player is dribbling, picks the ball up completely, then starts their dribble again.

A “carrying violation” is called if it’s just a “pause” in the dribble while it remains in one hand, then a resumption after the pause.

Here’s a video explaining the rule:

Why is Carrying the Basketball Illegal?

Dribbling is a key fundamental of basketball.

As players progress, they learn different moves while dribbling to try and get by defenders.

However, if carrying was allowed, it would give the offense a significant advantage.

The dribbler could move in unnatural directions. It was just be simply unfair.

Making players keep their hand on top of the ball while dribbling gives the defense a fighting chance to contain the basketball.

If the offense could carry the ball instead of maintaining their dribble, it would be nearly impossible to play good defense!

What’s the Penalty for Carrying?

Just like a double dribble or travel, a carry is a dead-ball turnover.

In high school and college, the ball is thrown in from the sideline or baseline closest to where the violation occurred.

While in the NBA, the ball is inbounded between the free throw line and baseline to try and give the defense more of an advantage.

Should Carrying Get Called More Often?

Are some carrying violations missed? Of course.

But NBA players are masters at their crafts. They work hours and hours on their games to be the best in the world at basketball. What people generally think is a carry, usually isn’t.

Players in the NBA often use a “pocket dribble,” where their hand is behind the ball, but not underneath it. Some people call this pocket dribble a hesitation move.

While it may look like a carry to the naked eye, it isn’t one. The ball never goes underneath the player’s hand and the pause isn’t long enough to warrant a violation call.

Referees, especially in the NBA, are specially trained to spot the differences and blow their whistle when a real carry actually occurs. 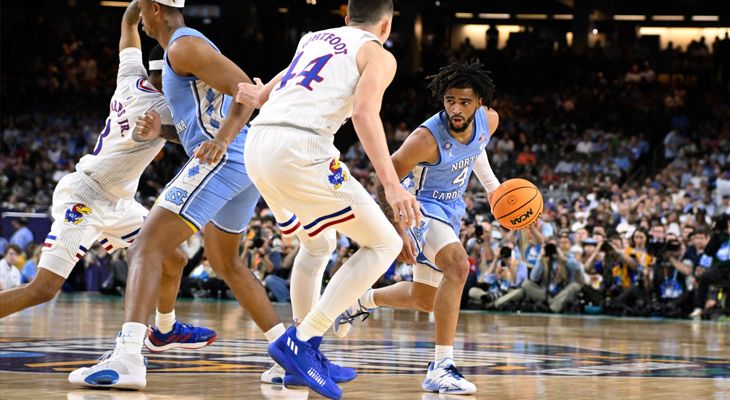 The majority of carrying calls happen during youth basketball.

Youth players are still learning and trying to get a grasp on the fundamentals of the game, which includes proper dribbling techniques.

Ways you may see carrying called in a youth basketball game include:

If players frequently carry the basketball, it’s incredibly important their coach corrects it.

If players aren’t taught proper dribbling, their poor habits will be extremely hard to break.

While stationary ball-handling drills and cone drills certainly have their place in practices, small-sided games are also a great way to drill players to avoid carrying.

Because these drills replicate what they’ll encounter in a live game, players can utilize skills they learn in stationary and cone drills in a real competition.

A carrying violation is called when a player is dribbling and their hand goes under the basketball.

With time and proper guidance, players can avoid carrying and turning the ball over.

Love him or hate him, Danny Sabatello really, truly doesn’t ‘give a f***’ what you think about him